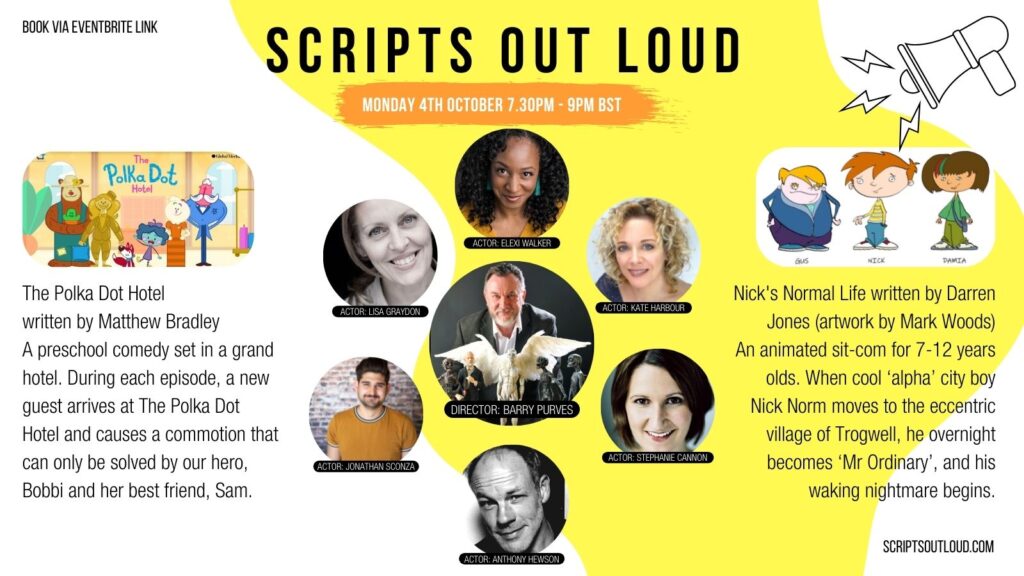 The scripts we will be explored for this Scripts Out Loud virtual event were:

The Polka Dot Hotel written by Matthew Bradley
A preschool comedy set in a grand hotel. During each episode, a new guest arrives at The Polka Dot Hotel and causes a commotion that can only be solved by our hero, Bobbi and her best friend, Sam.

The director was Bafta and Oscar nominated Barry Purves.

Our voice actors were: